May the blessings of His Noodliness be upon you!

May the blessings of His Noodliness be upon you! 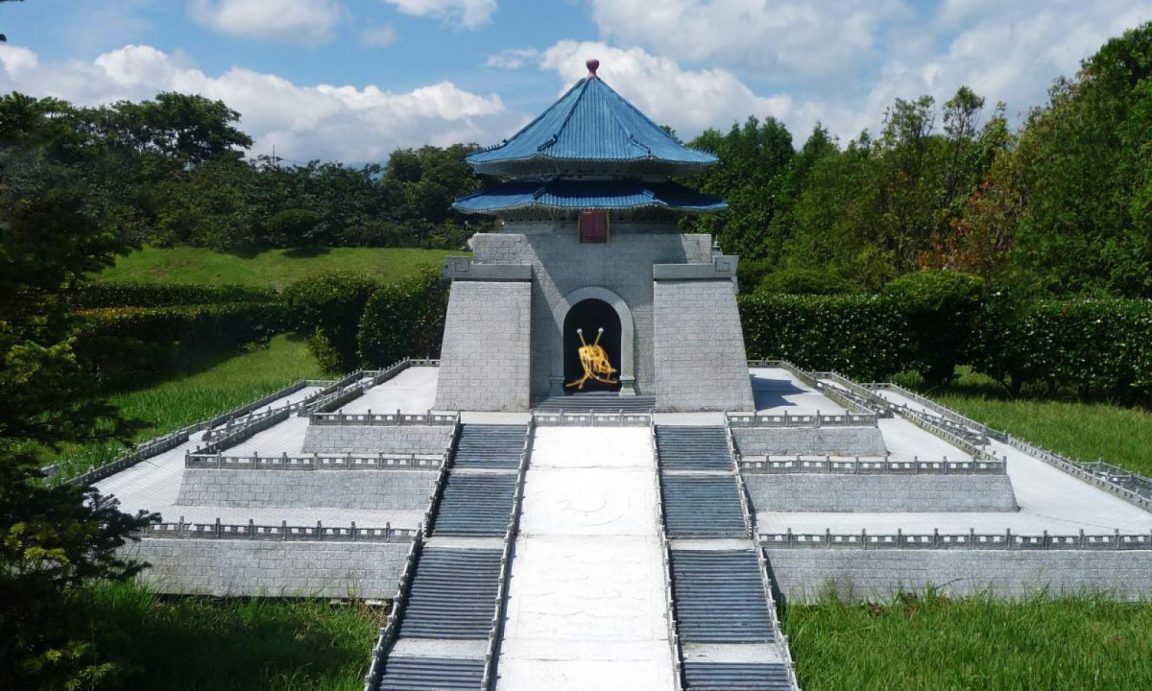 Welcome to the Unitarian Church of Pasta!

The Unitarian Church of Pasta is a breakaway sect of Pastafarianism that focuses on inclusion. Download the bible for free here to learn all about us. You can also download this Tri-Fold Pamphlet to aid you in spreading our message, and this handout on why we meet the religious tests to be considered a “real” church.

We are a church that is based on The Word spoken by His Noodliness The Flying Spaghetti Monster to his prophet Violet Johnson, which has been laid down in the Bible: The New Testament of The Flying Spaghetti Monster; Dinner 2.0. This new and improved recipe of Pastafarianism outlines our beliefs, holidays, rituals, and other dogma. It is distinctly different from previous versions of Pastafarianism.

The Unitarian Church respects both the Pirates and the Skeptics. We do not seek to challenge any other sect of Pastafarianism. We simply want to lay out our sincerely held beliefs about The Word of His Noodliness, and ensure that the world can hear His message of warm and delicious love.

Please take a moment to read about the church, and to understand our mission and our goals. Also please note that we do intend to challenge countries that do not recognize His Noodliness as a “real” god, because He is very real and very deserving of as much recognition as Allah, Ra, or Jesus.

Just one of the places His Noodliness has been seen…

The History of the Flying Spaghetti Monster

The Flying Spaghetti Monster began as a being of pure energy, and has existed since the Big Bang. At first, He lived among the planets and danced with the stars in the vacuum of space. He had many adventures in the galaxies of our ever-expanding universe, and He was happy.

However, when he saw Earth and the life evolving there, He fell in love with it! No other planet had ever caught His eye in the time since the universe began. Yet, Earth was so beautiful and complex that He decided to stay. He wanted to use his immense power to help Earth and its inhabitants in whatever way He could.

There were five major extinction events before the Holocene extinction (which is happening now.)  The Flaying Spaghetti Monster wept huge tears of pasta sauce during all of them, and the sauce fell upon the Earth. He is invested in the species of this planet and their well-being. It should be noted that He is not like other gods who only care for humans. The Flying Spaghetti Monster cares for all creatures that fly or crawl or walk on the Earth. He loves all the animals in the ocean as well. He secretly favors turtles, but that is neither here nor there.

The point is: His Devine Noodliness The FSM has been present on Earth since life began, and He has loved this planet and protected it as best as he could.

For much of the 4.5 billion years that the Earth has existed, The Flying Spaghetti Monster chose not to take corporeal form. He simply acted upon the world in his natural form, as a being of energy. However, it became clear to Him over time that the only gods who got any respect had bodies. It was for this reason that The Flying Spaghetti Monster finally came to us in the flesh (or, rather, in the pasta.)

He made himself known to a human in Kansas several years ago in order to help that human win over a school board wanted to teach Christian “creationism”. That was the first time that The Flying Spaghetti Monster ever altered the course of human events directly. However, since then, He has put his noodly appendages into a lot more pies. If you have seen a news article about a human with a colander on his head, then you have seen evidence of The Flying Spaghetti Monster emerging in culture.

Since His Noodliness has chosen to be pasta and sauce, it has become a sort of prayer to Him each time you enjoy a pasta. Therefore, please remember the next time that you eat a lasagna, manicotti, or a bowl of ziti that it is in His name that all pasta is consumed since the moment that He became a god of pasta and sauce. In a way, nearly everyone has already prayed to Him- they just didn’t know it.

Like most religions, Pastafarianism is not clearly defined. You should know that Pastafarianism has sects within it. The Flying Spaghetti Monster is largely okay with this, however. He would prefer that everyone agreed, but He understands that this may not be possible. As long as people are spreading His word, He is happy to embrace all people who want His love. The only goal of the FSM is to help humans and the other life on Earth, and He does not want to offend or upset anyone. 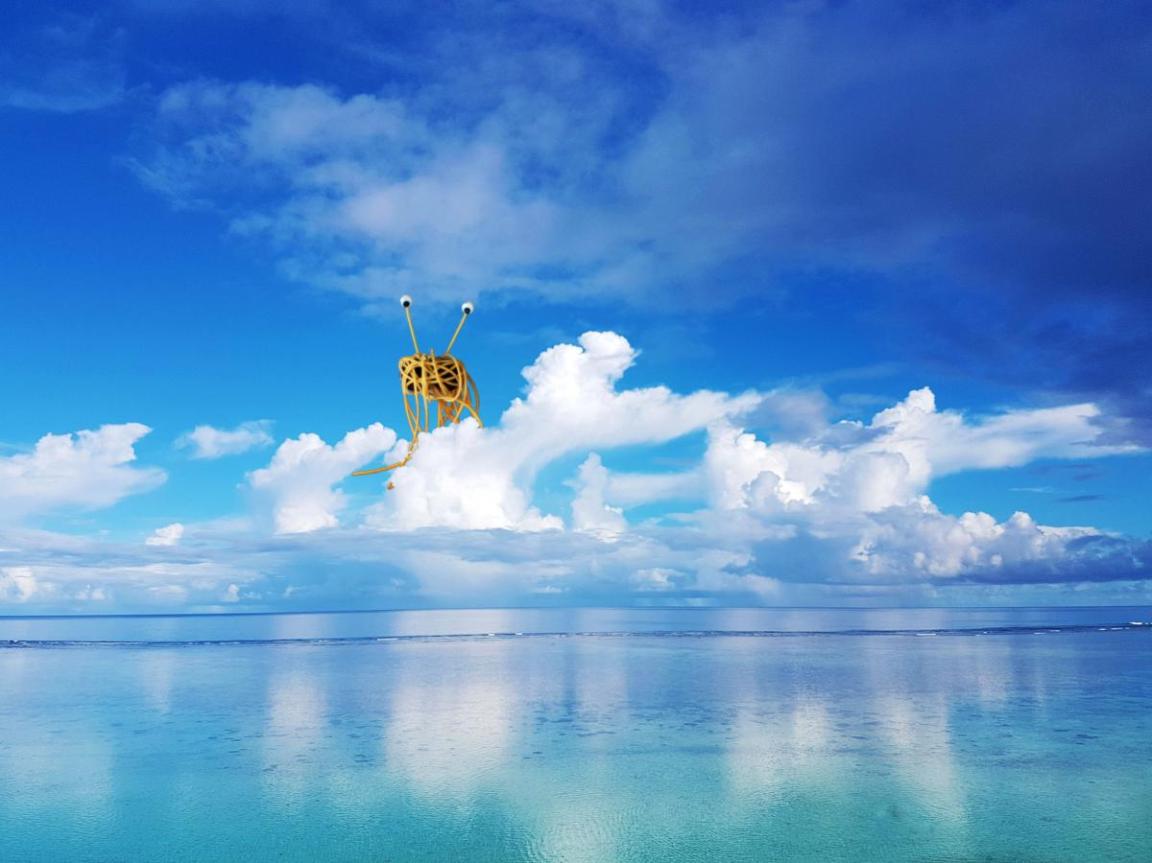 The Three Sects of Pastafarianism

This bible is The New Testament of the Flying Spaghetti Monster; Dinner 2.0 (also known as the New and Improved Recipe). It is meant as a foundation for the Unitarian Church of Pasta, which will be a new branch of Pastafarianism.

The Unitarians are a breakaway sect following the word that was spoken to the prophet Violet Johnson in her apartment on the obscure island of Guam. Violet did not know when she answered the Craigslist Ad placed by The Flying Spaghetti Monster that she would become the profit of a religion, or even that she was being hired to write a bible.

“Seeking a writer with an open mind, who is willing to listen to several very long stories and jot down some commandments. Will pay by the hour.“

Violet was a starving artist who had written several unsuccessful novels already, and she answered the ad out of desperation. However, we now know that it was His Noodly Appendage that moved her to answer, and to set down His words in this book. His reason for doing so was simple: He hadn’t clarified His intentions well in the past, and He wanted to make up for it by really taking the time to create a comprehensive book of His words for humans to read. When you read about the other sects, you will understand why clarification was desirable.

The Pirate Sect of Pastafarianism is fun, and The Flying Spaghetti Monster wants it known that He enjoys His pirate followers immensely! He is in no way opposed to people dressing up as pirates, as it was the funny example used in the letter to the Kansas school board. However, His Noodliness has struggled with the way some people act when dressed as pirates. In particular, He does not like the way they call women “wench” and occasionally act a little disrespectful. This was never the intention of The Flying Spaghetti Monster. He enjoys women as people; not as objects. Of course, not all pirates do this, but enough have done so that it came to His attention.

In addition, He objects to the depiction of Heaven as a place filled with strippers and beer volcanoes. That is not what He said at all, and He really doesn’t want people to make Heaven out to be a place that is exclusionary. Everyone should feel welcome in Heaven, even people who don’t drink beer and people who don’t feel comfortable around strippers.

However, He does love the look of a pirate costume! He enjoys “talk like a pirate day,” and stories about pirates. And, He absolutely loves his pirate followers. He could never be mad at such lovely people.

If you encounter a sect of His pirate followers, please be kind to them. Take their literature and give them a firm handshake. They are doing something they love in a whimsical way, and no one should begrudge that.

The last branch of Pastafarianism is The Skeptics. These are Atheists who do not believe in any gods at all, but they want a way to challenge the established religion in their country.

Example: A person in Pakistan must be Muslim, because it is the state religion and it is enforced by the religious police. However, it is possible that a person born in Pakistan may not want to be Muslim. The established authority is not likely to allow the idea of Nothing to shove their religion aside. Therefore, the person will claim to follow The Flying Spaghetti Monster in order to challenge Something with Something Else.

It should be noted that the Church of Satan does the same thing. They are a group of skeptics who do not believe in any gods at all (and they certainly don’t believe in the Devil). They simply use that idea to challenge the establishment.

The Flying Spaghetti Monster supports this. He is happy for you to use His name to keep other religions from having too much power. The Skeptics do not have to truly believe in Him to receive His love, or His pasta. The FSM loves and supports the work that skeptics worldwide are doing, and he thinks it is noble work. Religion should be a private thing, and He supports it not being pushed into schools and governments.

The skeptics are the ones who tend to wear colanders on their heads, and He thinks that is adorable! It wasn’t His idea, but it is just another example of how humans sometimes decide to do something in His name, and it is awesome. No one is expected to wear a colander. In fact, he thinks a subtle pasta necklace or a small tattoo would really be easier. Mostly He hopes there will come a time when others can recognize a Pastafarian by their kindness and rational thought, without the need for any symbol at all. But humans will be humans, and He won’t discourage you from expressing yourselves however you like.